Nepal is a landlocked country in South Asia between China and India. it is divided into 7 provinces and 75 districts and has a population of approximately 26.4 million people. According to National population and housing census, 82.9% of people live in rural areas. Nepal is a country with diverse culture as the country is inhabited by diverse ethnic groups and is rich in cultural heritage. The national census 2011 recorded 126 different ethnic groups in the country. The main language spoken in the country is Nepali, but there are 123 languages spoken and at least 10 religions practiced. The majority of people are Hindu (81.3%), followed by Buddhist (9%), Islam (4.4%), Kirant (3.1%) and Christian (1.4%).

Nepal witnessed a decade long armed conflict that claimed about 13,000 lives. Following a popular movement and signing of the Comprehensive Peace Accord between the state and Maoist rebels in 2006, the country moved into a federal republic state structure by overthrowing over 250 years long Monarchy. The country had the first election for constituent assembly in 2008 with an aim to promulgate a new constitution. However, due to strong deviation of stances among major political parties, the Constituent Assembly failed to give the new constitution to the people and the Constituent Assembly was dissolved in May 2012. In 2013 election for constituent assembly was held for second time and the assembly promulgated new constitution on September 2015. In April and May 2015, Nepal was struck by two huge earthquakes in which nearly 9,000 people were killed and almost 18,000 were injured. Close to a million houses were destroyed or damaged.

Lutheran World Relief (LWR) began working in Nepal in 2009 to improve food security for indigenous and marginalized communities. Despite progress in poverty reduction in recent years, Nepal remains one of the poorest countries in the world. Rural communities struggle with household food security for much of the year. Additionally, these communities are extremely vulnerable to frequent natural hazards, including flash floods, landslides or earthquake. LWR tackles both development and resilience needs by better preparing communities for natural hazards, and helping families to realize food security and savings. In Nepal, LWR currently works with local partners on agriculture and food security and climate change adaptation and disaster risk reduction. LWR works in Lamjung, Tanahu, Gorkha and Nawalparasi in the Western region.

Their project, named “Coffee Support in Western Mid-Hills of Nepal” was started in July of 2017 and has a goal to increase the income of farmers by cultivating coffee and selling it to niche market. strengthen cooperatives through providing sustainable services, and access to markets to their members and marginal farmers. Continuing until September 2019.

CQI was able to reenter Nepal in 2022, this time working with International Trade Centre (ITC) on its Nepal Trade and Investment program. ITC is a multilateral agency with a joint mandate with the World Trade Organization and the United Nations through the United Nations Conference on Trade and Development. They provide country-and client-specific tailored support through unique advisory services, capacity building, training and mentoring, free tools and business data, and trade-specific publications.

ITC improves the availability and use of trade intelligence; strengthen trade support institutions; enhance policies for the benefit of exporting enterprises; build the export capacity of enterprises to respond to market opportunities; and mainstream inclusiveness.

In the spring of 2022 CQI delivered a Q Processing Level 2 course in Gorkha in coordination with ITC, the Nepal Coffee Producers Association, and the European Union. Students from throughout the supply chain gathered information for themselves, but will also share information as they interact with other producers. 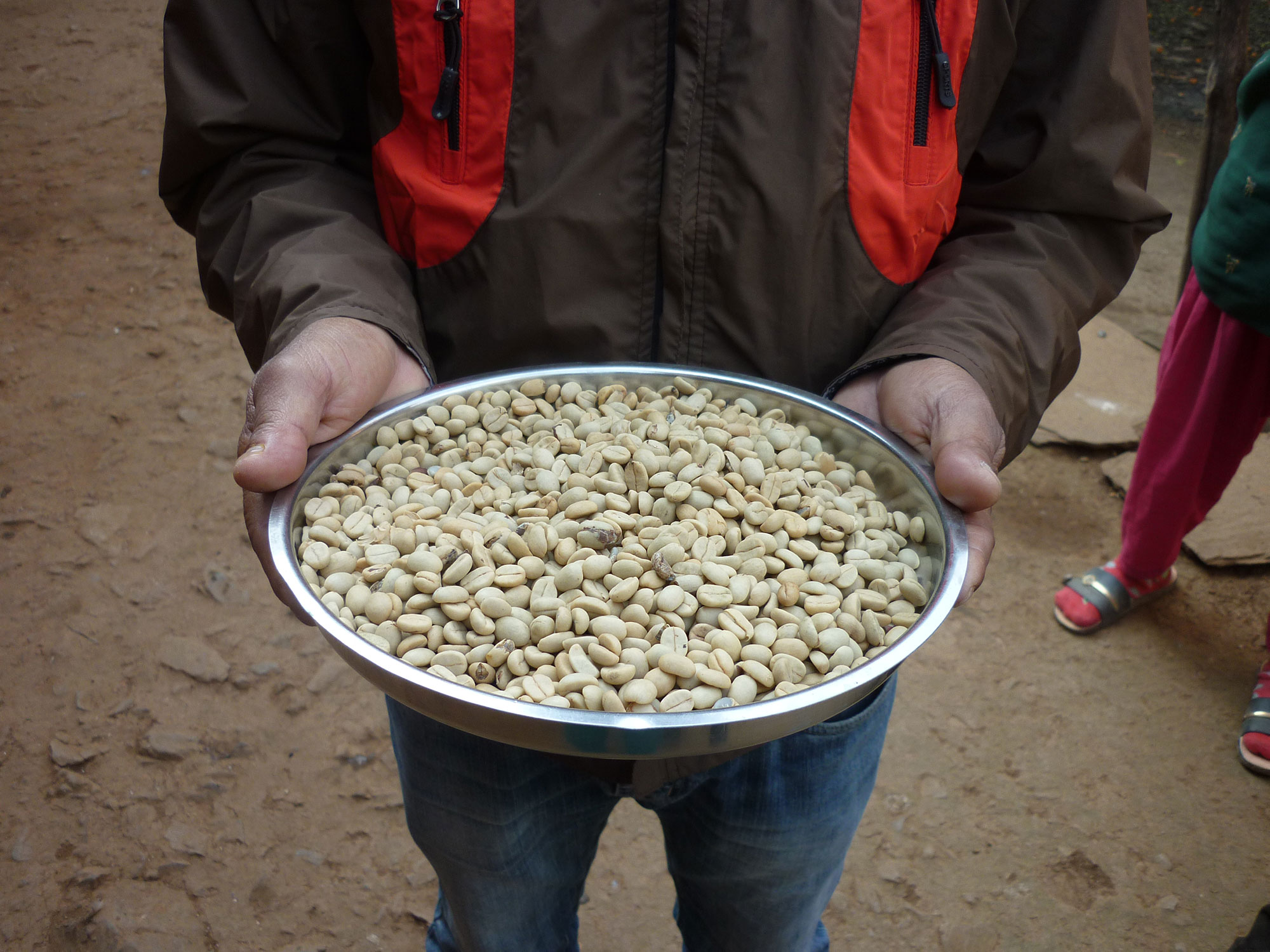 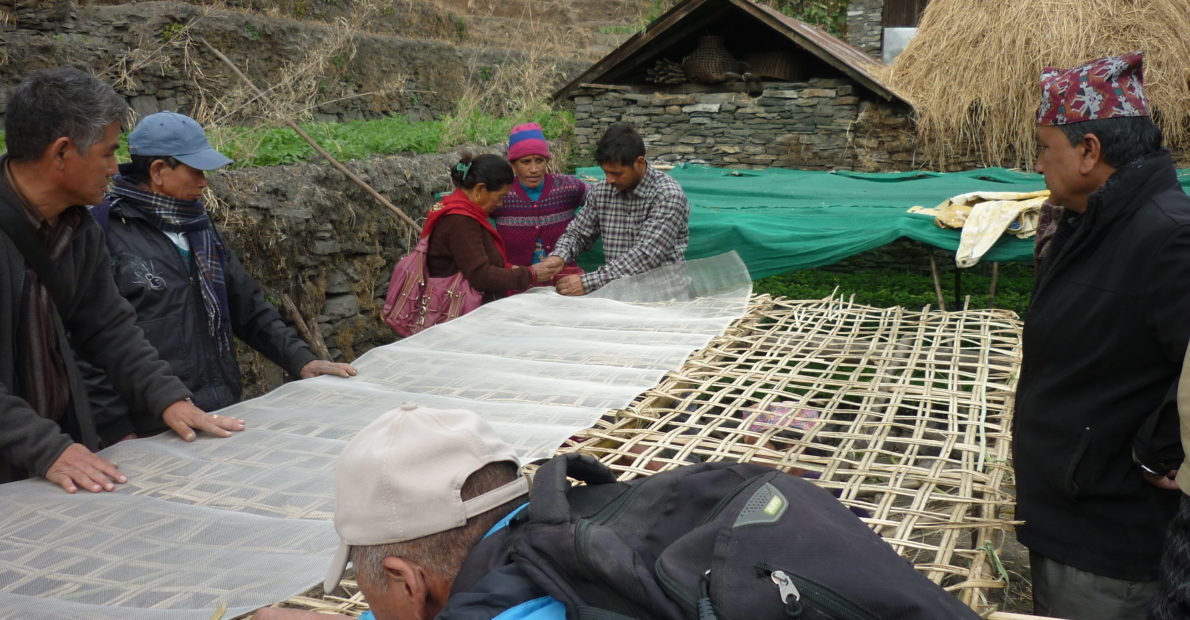 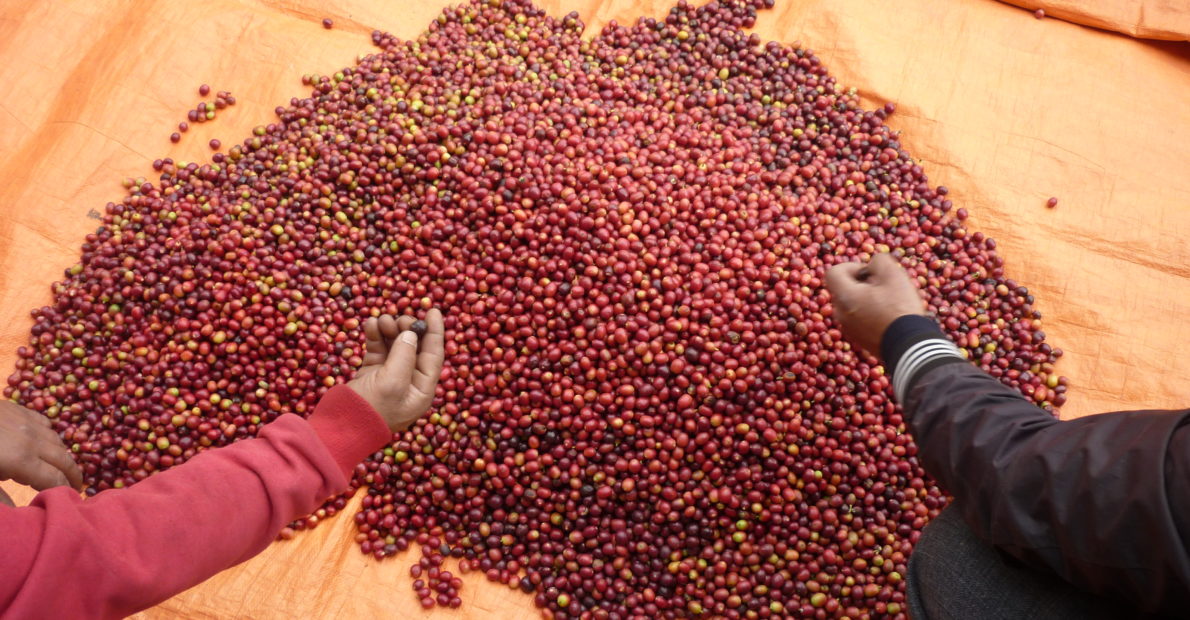 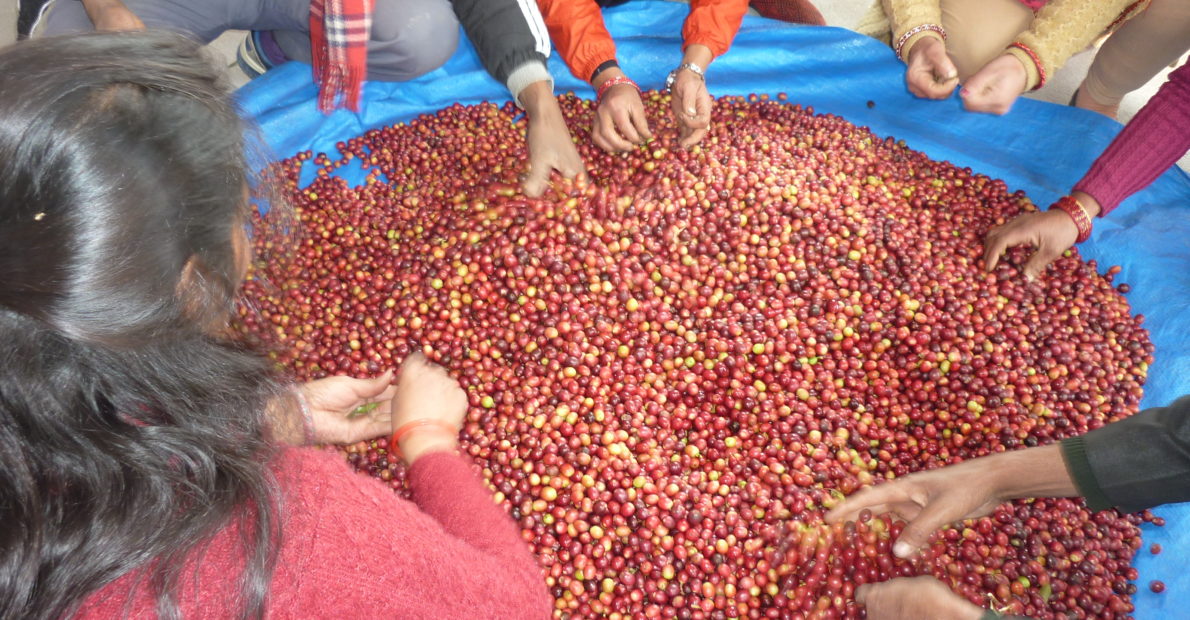 See all
No items found.

Return to all impact stories